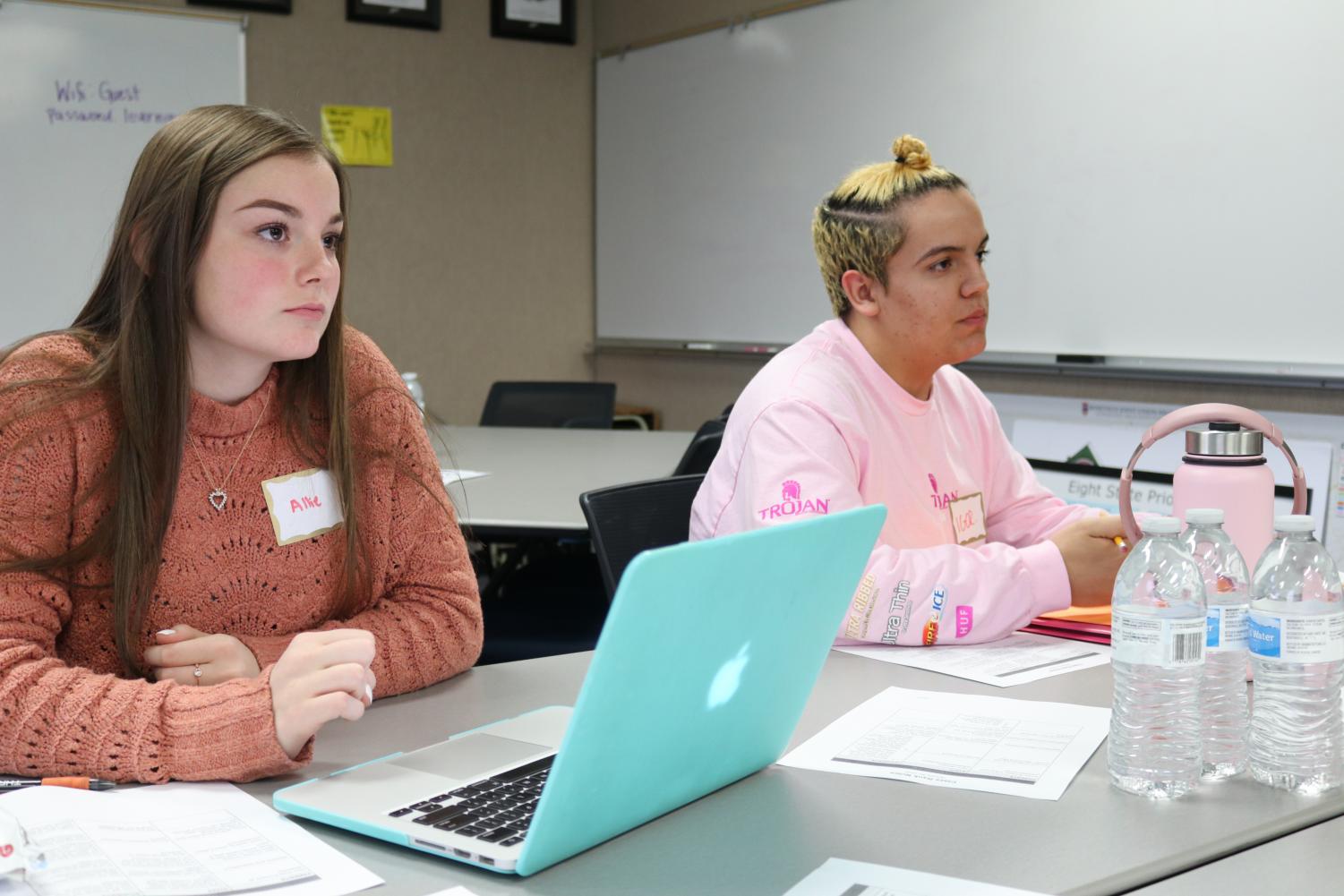 Students help draft a survey at the second class rank meeting. Students, parents and staff are giving their input to draft a recommendation on whether to keep, eliminate or alter class rank. As of now, the plan is to present the recommendation to the school board during late spring. (DANIELLE BENNETT / EYE OF THE TIGER)

Students help draft a survey at the second class rank meeting. Students, parents and staff are giving their input to draft a recommendation on whether to keep, eliminate or alter class rank. As of now, the plan is to present the recommendation to the school board during late spring.

DANIELLE BENNETT / EYE OF THE TIGER

District to propose recommendation to school board to eliminate, alter or keep class rank

RJUHSD may eliminate or alter its class rank system by late spring of this year.

At the school board’s request, deputy superintendent of education services Jess Borjon started holding open meetings in January to reconsider the class rank system with the input of staff, student and parent representatives from each site.

The plan is for the team to present a recommendation for RJUHSD’s rank system to the school board by late April or early May, though the date may change if the recommendation takes more time.  According to Borjon, the goal is to determine how any graduation honors system implemented will benefit students.

“Where does class rank sit in our culture and our processes for supporting students?” asked Borjon. “And when I say supporting students, I mean in its total context of academically, socially, emotionally, college and career ready.”

RJUHSD is one of multiple local districts that have reconsidered class rank, including Placer Union High School District and Rocklin Unified School District. 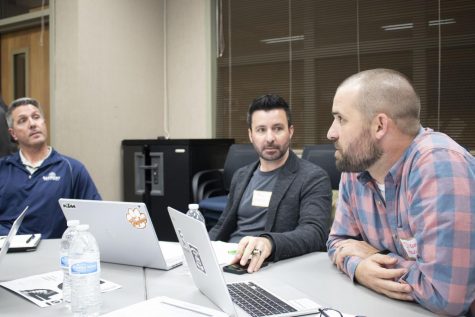 The conversation within RJUHSD began in 2015, when Granite Bay High School’s valedictorian stood in front of the school board to make a case against class rank. For the next year, the district debated its method of reporting rank, ultimately deciding to leave the system as is in late 2016.

Last year, the school board reached out to Borjon to return to the discussion, this time with a focus on seeking the RJUHSD community’s input throughout the process. At a district level, this means open meetings and surveys.

“If there’s any positive for the student to continue to report class rank, our site has kind of said we’d like to keep it in place,” Richter said. “But it’s a district-wide discussion… Maybe we don’t have as big of an issue with it, but at other sites, it may be very impactful.”

For Allie Jones, a sophomore at Granite Bay High School, class rank crosses into the classroom environment – to the extent that when she asked a student for help in one of her honors classes, the student refused because they wanted a higher rank than her.

“For the general population, it’s kind of nice to see where you are, but they don’t need to be at the top,” Hicks said. “It does vary by person honestly. Most people are aiming for the GPA, not the class rank.”

The research process guiding the class rank decision includes investigating rank’s role in the college and scholarship application process. One of the sources considered is the National Association for College Admissions Counseling’s 2017 State of College Admission. The report shows that more and more colleges are placing less importance in class rank – between 2006 and 2016, the number of colleges stating rank was of considerable importance fell from 23% to 9%.

Certain colleges, including the Cal State and UC systems, recalculate students’ GPA regardless. Others, when facing a transcript without a ranking, turn to the student’s schedule to determine course load rigor.

“The fact is that there are a lot of school districts out there that don’t report class rank,” said Jason Bradley, a counselor at Roseville High School. “Colleges still find a way to determine how competitive an applicant is.”

This is part of why Placer Union High School District stopped reporting class rank altogether on transcripts this school year, according to Jeff Tooker, PUHSD deputy superintendent of education services.

“It just became more and more evident that class rank was an outdated measurement system that we didn’t need anymore,” Tooker said. “The way they rank students is flawed. It’s inconsistent from one school to another, and one district to another… It sets up a lot of kids to feel like they’re failures when they’re not.”

At PUHSD, the change went into effect immediately, rather than being grandfathered in with the incoming freshman class – which will be another element to consider when drafting the recommendation for the board. Tooker said there was very little pushback, particularly after informing parents and students that, on the off-chance a scholarship or university does require rank, the district would still be able to provide them that information.

The same holds true for RJUHSD, should the district choose to eliminate rank.

Other schools honor groups of students at graduation, rather than ranking individually and awarding distinctions to the top few students. High Schools in Rocklin Unified School District give the title of valedictorian to all students graduating in the top two percent of their class.

We’ll give you as much information about our school and about our students as we possibly can. But we’re not going to rank them for you. That’s an oversimplification of who our students are.”

Rather than having a valedictorian or salutatorian speak at graduation, a panel at Oak Park selects one or two student speakers from interested candidates. It starts with an announcement in the bulletin, after which students apply, deliver their speech for the panel, and from there the speaker is selected.

According to Borjon, the current discussions around class rank at RJUHSD will not affect the system for selection of valedictorian or salutatorian currently used to determine speakers at graduation, but that conversation may come in the future. The decision this year will specifically determine the reporting of rank.

“It’s like the colleges really want us to do their work for them. You figure out who our kids are,” Buchanan said. “We’ll give you as much information about our school and about our students as we possibly can. But we’re not going to rank them for you. That’s an oversimplification of who our students are.” 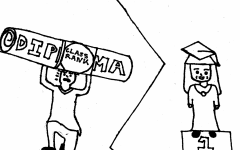 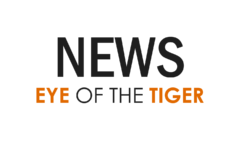 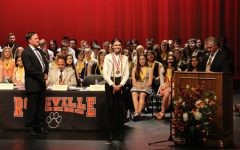 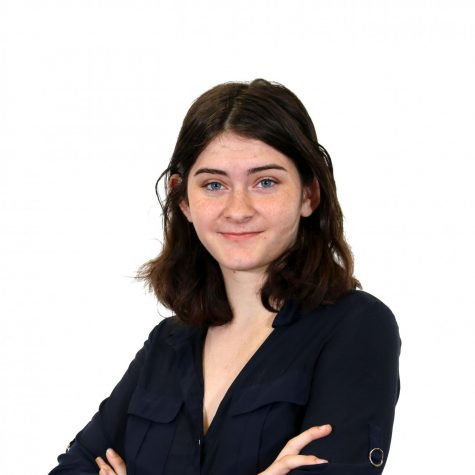 "To suppress free speech is a double wrong. It violates the rights of the hearer as well as those of the speaker." – Frederick Douglass 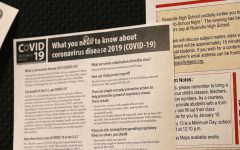 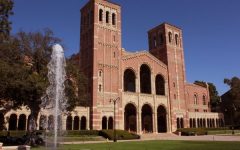 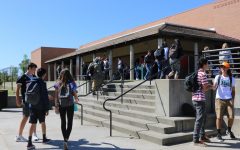 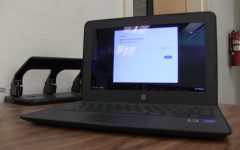 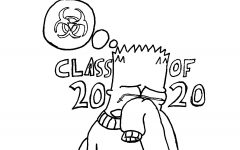 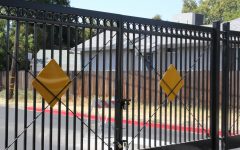 RJUHSD school closures to extend through May 1