D23 gives a look into new shows, movies, and more

D23 gives a look into new shows, movies, and more

This past weekend was the bi annual convention D23, the Walt Disney companies exclusive convention for everything Pixar, Marvel, Star Wars, and of course Disney. 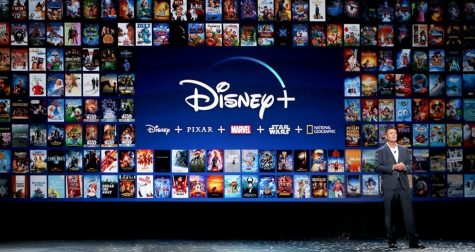 The main focus of this years event was to promote the Disney+ platform as well as any news regarding the parks future projects. We also got a good amount of new info on the movie line up they have for 2020 and 2021.

The convention is always held in Anaheim at the Anaheim Convention Center, only less than a mile away from Disneyland. While it is difficult to get into, it is not nearly as hard as San Diego Comic Con or New York Comic Con.

Starting off with Disney+, they had representation from every department, but Marvel definitely had the most to show off. To start off, they announced four original shows coming out in 2021, all of which will all have roles connecting to the larger movie universe, unlike the Netflix Marvel shows. D23 saw the reveal of three more shows coming out in 2022, adapting characters like Ms. Marvel (not to be confused with Captain Marvel), She-Hulk, and Moon Knight.

The convention also saw new posters for the shows WandaVision(2021), and Falcon and the Winter Soldier(2020) as well as exclusive trailers for the Black Widow(2020) movie. Fans were also able to see some new castings for various shows.

I am very excited for Moon Knight and She-Hulk shows, but was extremely disappointed to see Ms. Marvel announced, because the Captain Marvel character is one of the weakest points in the MCU right now and her character is tied directly to her. Not to mention, there are a plethora of characters fans would rather see before her. 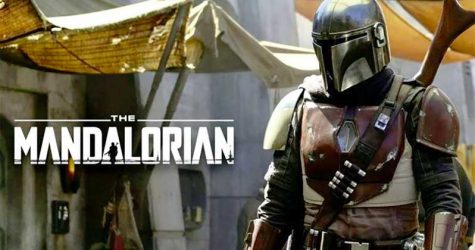 Star Wars released a trailer for The Mandelorian, the first ever live action Star Wars tv show. Then shortly after, they had announcements for a Rogue One spinoff tv show and Obi Wan Kenobi show that will start filming next year.

There really could not have been better news for Star Wars fans as an Obi Wan Kenobi series has been speculated since Disney originally bought Star Wars back in 2012. And, The Mandalorian Trailer proved that a Disney show could yield movie level quality. 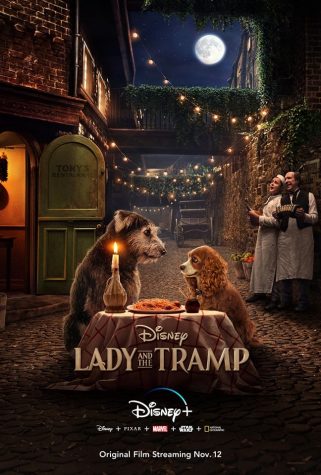 Disney+ comes out November 12 and will release with a selection of Disney properties, then, they will continue to add new content every month until eventually every Disney owned project is in one library all on your TV screen. But the main pull to the platform, as of now, is the original content that will be ready to go when it is released.

The main original titles to look out for in November are The Mandelorian, the Lady and the Tramp live action remake, The World According to Jeff Goldblum- a travel show similar to what you would see on the travel channel-, Forky Asks a Question– a Pixar show based off the character from Toy Story 4-, and a High School Musical based show in the vein of Disney Channel content.

With the company acquiring 20th Century Fox recently, it was revealed they are going to have the entire run of The Simpsons on the app when it releases with other Fox projects being added through the rest of the year.

In regards to movie news, Marvel and Star Wars were definitely the highlight of the Disney+ reveals, but they were fairly quiet compared to Disney Animation and Pixar. 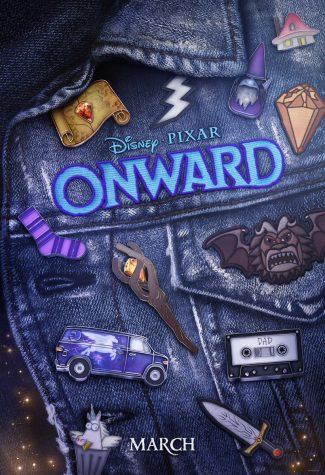 Starting off with Pixar, they really know what fans want, with them announcing that they will be doing two original stories next year, starting with Onward, a movie about two elf brothers who go searching for the non-existent magic left in the world. Then after that, there is Soul a movie similar to Inside Out in the way that it will ask important questions like the meaning of life and exploring metaphysical worlds.

This is so exciting because Pixar really hit a weak point with the past couple years, only releasing sequels to popular movies. Even though they were all really good, it was still frustrating that Pixar was moving away from its roots- not making new original stories.

Disney Animation has always done a good job of balancing new stories to re-visiting old nostalgic stories. They really focused on Frozen 2, and a brand new story called Raya and the Last Dragon, a movie taking place in Southeast Asia, pulling from cultural roots of that particular region. Hopefully, the film will be as authentic as Moana was with the Polynesian culture.

As for live action movies, they released a new picture of Emma Stone as Cruella, and had exclusive trailers for the audience of Mulan and Jungle Cruise, both coming out next year.

I really am excited yet cautious, after all, three of the live action remakes of 2019 Dumbo, Aladdin, and Lion King were all really really disappointing. None of them were able to revitalize the magic of the old movies, like Jungle Book and Beauty of the Beast did last year. 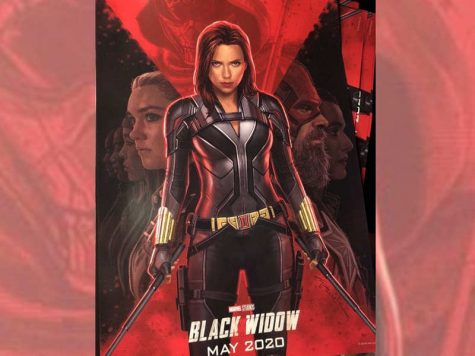 On the other hand, I am glad that they are doing movies based off of classic Disney parks rides; with Pirates of The Caribbean being one of the best Disney movies of all time, I think Jungle Cruise can also be one of the greats. They are original enough stories, but with historic ties to the Disney culture. Imagine the possibility of a Matterhorn movie, or even a Space Mountain movie.

After Marvel dropped three new titles for upcoming shows, I was expecting more from the movie announcements. Instead, all we got was a confirmation on an already confirmed Black Panther 2. They also had a Black Widow trailer that the public did not get to see, and casting announcements on next year’s movies.

Star Wars was about to disappoint like Marvel, but last minute on Sunday, they released a new trailer for Rise of Skywalker, which was brief on the new footage for the film set to release in December. It definitely succeeded in getting people more excited about it.

Then, probably the most exciting information, next to the Disney+ news, is the announcements for upcoming projects in the theme parks. While there was a lot to unveil for everything internationally, I am only concerned with the Orlando and Anaheim parks. 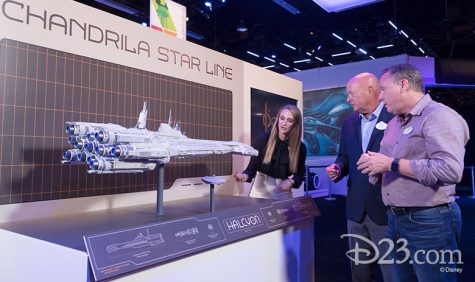 Ever since Galaxy’s Edge opened in Disneyland, the general public got an idea of what to expect from a Star Wars themed land. But, what we didn’t know was how the Star Wars Hotel would look and feel before this convention.

Now, we have concept art and a model of the The Starship named “Halcyon”. Unlike most hotels, this is not a place to rest your head, only to go to Disney world the next day. This has its own unique experience, where you and fellow guests “leave” at the same time for a two day trip aboard the starship. It is supposed to simulate the feeling of being on a Star Wars ship in space, where you will stay all day and experience adventures of your own aboard the ship.

Unfortunately, this will be exclusive to Florida and even if you got there, it is rumored to be a couple thousand dollars per night. But, if you see the concept art for yourself, you could understand why the price is so steep; it’s almost like its’ own theme park.

Also, Florida’s own Galaxy’s Edge is opening later this year, but the main promotion was the renovations to Epcot, the most outdated park in Disney World. Coming to Epcot is the first ever Mary Poppins attraction, as well as a new themed section revolving around Moana and nature. A space themed land will also be added with a Guardians of the Galaxy ride and a space restaurant.

Then, in Hollywood Studios in Disney World, a new Mickey Mouse attraction is coming to the park in 2020. The same ride is expected to come to Disneyland in 2022.

As for Disneyland in California, the big news was the new “Avengers Campus”, a marvel themed park that is taking the place of the old Bug’s Land. It will extend to the Guardians of the Galaxy ride in the back of the park. Coming to the campus is a Spider-Man ride, an Avengers ride, an Ant-Man themed restaurant, and some unknown Doctor Strange themed area in the land as well.

It is nice to have something in Disneyland that will not be in Orlando, because Disneyland does not have a ton of exclusivity. Sadly, there was no news regarding the renovations on Tomorrowland or Fantasyland in Disneyland, but there was still enough news to make us content with what’s to come.