UK artist Sara Close’s first album And Now We’re Shining perfectly showcases all of Close’s talents. The album features a bedroom pop genre with one song combining popular 80’s music trends with 2000’s trends. Sarah Close’s vocals are phenomenal. The entire album, she shows off her range, adding multiple harmonies into each of the songs. Her harmonies are so incredible and add so much depth to each song. Every single song on this album is so catchy. Her album is also versatile– you can listen to it while you lay in bed avoiding online work or while on a run. 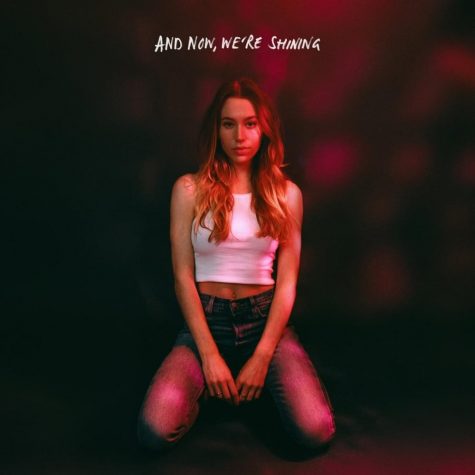 One thing I loved about her album was how different each song sounded compared to one another. Each one had a different tone and vibe that made her album more relatable. Just like we go through different moves and feelings every day, this album mirrored that.

Some of my favorite songs were “If It Was Me” and “Almost”. Both of these songs, although sound different, focus around the same boyfriend who is always late and very conceited. It follows the idea of wanting to say something and cutting the relationship off but not saying anything.

Although I wasn’t the biggest fan of the pre-chorus in “Cool”, I did like the bass line that was played through the song. It was a very bass-centric song and it meshed well with Close’s high vocals.

I am obsessed with “Stay”. It is easily my favorite song on this album. Listening to the song the first time brought chills and tears to my eyes. The emotion is felt so clearly in her voice and it connects Close to the listener. The dynamics of the song adds so much depth to the meaning of the song. It starts off slow and picks up, but it does it so subtly that I didn’t even realize how much the dynamic changed until the last couple seconds of the songs.

Especially during the pandemic, And Now We’re Shining is the perfect album to listen to. The vocals encapture the listener and easily distract from the craziness that is going on. Whether it be for three minutes or thirty, this album is definitely a pick-me-up. I currently use the songs Almost, If It Was Me, Crazy Kind and You Say in my run playlist.